HARRY & MEGHAN IN WONDERLAND WITH THE NAME ALICE 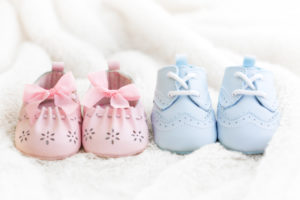 The British public have spoken – Prince Harry and Meghan Markle’s baby will be a girl and the couple will name her Alice.

The Duchess of Sussex is due to give birth in late April or early May and speculation has been mounting as to what the new royal name will be since the pregnancy was announced last October.

The couple have remained tight-lipped on the sex of the baby, if indeed Harry, 34 and Meghan, 37 even know themselves

But according to a survey that we recently ran, Baby Kingdom asked 1,000 people what sex they thought the baby would be – an overwhelming 62% said it was going to be a girl.

Although perhaps not the first royal name that jumps to mind, the Duke of Edinburgh’s mother – and The Queen’s mother-in-law – was known as Princess Alice of Battenberg.

The public obviously feel it might be be a lovely way to honour the baby’s grandfather who is 97. The name Alice is of German origin meaning ‘noble’ so is perfectly fitting for a royal baby.

Princess Alice of Battenberg died in 1969 at Buckingham Palace at the age of 84. The name Alice became very popular in 1865 when Lewis Carrol’s Alice in Wonderland was published.

The name Alice was also a favourite for Prince William and Kate Middleton’s second child, Princess Charlotte, so it seems the public do not want to let go of the name.

One person who would likely be delighted if Meghan did have a girl would be Princess Charlotte herself, 3, who would surely be over the moon to have another little girl to play with instead of her two brothers.

Only 39 per cent of those surveyed felt the Duke and Duchess of Sussex’s baby would be a boy with the name Alexander being a clear frontrunner, way ahead of any other names, with 28%.

As seen in Daily Express

Baby Kingdom is proud to be:

Can we send you our newsletter?

We love to stay in touch with our Baby Kingdom customers! Can we send you exclusive offers?

Our newsletters are only ever once a month, including offers, product information and latest news!

Plus you will receive a 20% discount code to use via our online store!